Looking for something to do with kid's this July school holidays?

Aussie science entertainment and outreach company Street Science, are coming to Dunedin off the bat of their shows at the World Science Festival in New York city.

Their show, Blasting the Past, is an investigation of the world’s coolest scientists, their discoveries, and our future. A huge stage show with energetic science demonstrations, depicting some of science’s biggest revelations. You will be taken on a journey to discover the great scientific breakthroughs of the past 150 years and the memorable scientists who make ideas a reality. Any assistance in marketing this would be appreciated.

Dan Hendra, Festival Director says "We are absolutely rapped to be able to attract such an engaging international company for these dates. We managed to catch them in between shows in New York and China! It's wonderful to be able to give kid's a fun and entertaining show with educational messages mixed in".

The show is happening at 1pm over two days of the first weekend of the holidays, on Saturday 6th and Sunday 7th July. For more information and tickets click the below image.

Dunedin schools benefit thanks to free educational play and workshops

This winter 15 Dunedin primary schools have been given a treat of a free touring science play thanks to an exciting collaboration between the New Zealand International Science Festival and local theatre company The Unity Creative.

The play, Charlie, Estelle and the Poppazoid, has extended its sell out season as part of the Science Festival in 2018, and is touring 15 fortunate Dunedin schools for the first time.

“Following the success of our 2018 premier season, we’re excited to announce that thanks to funders we are now able to perform to over 3,500 Dunedin students, entirely for free! Through this reach we hope to inspire our tamaki through an engagement with professional live theatre and touch upon important issues that kid’s often think about, such as coping with change, overcoming isolation through friendship and building resilience,” says Unity Creative Director Jodie Bate.

The show, which last year won the Playmarket New Zealand ‘Plays for the Young’ award, is highly visual and dynamic, portraying important messages, and at the same time engages its audience through music, hip hop choreography and live science.

Dan Hendra, Director of the New Zealand International Science Festival says “Educating kids that science is a mind set to understand the world around us, and that through these insights comes practical skills that you can apply to everything. This is exciting, and using theatre to understand this is a very effective medium to inspire and engage kids.”

The tour has a national cast who are in Dunedin for rehearsals prior to the tour, and are looking forward to wowing Dunedin audiences with fun and laughter, yet still bringing awareness to the play’s important messages. In addition to the play, students have the option to be involved in workshop electives in drama and science thanks to the Unity Creative and the Otago Museum respectively, allowing the play’s inspiration to be placed into action through hands on education.

The tour was made possible thanks to the generous support of funders, the Dunedin City Council and Creative New Zealand Professional Theatre Fund, Otago Community Trust, Lotteries Commission, New Zealand Oil & Gas, and the University of Otago, and is touring schools 17 June to 5 July.

A science podcast for kids. Answering their burning questions and showing them the wonders of discovery. By RNZ & Nanogirl Labs Ltd.

Listen to discoveries about why stars twinkle, what happens if Antarctica melts, and if we can we bring dinosaurs back to life? This and many more questions answered in this great series!

In case you didn't hear the exciting news, the Otago Museum have secured the exclusive New Zealand rights to host a major exhibition James Cameron – Challenging the Deep!
See his record-breaking dives in the DEEPSEA CHALLENGER submersible and science platform he designed and built, and experience how his curiosity for understanding and exploring our oceans has shone a light on some of the least known places on earth.
The exhibition immerses you in an underwater environment using cinema scale projections, artefacts and specimens from his expeditions.

For more information and tickets click the below image. 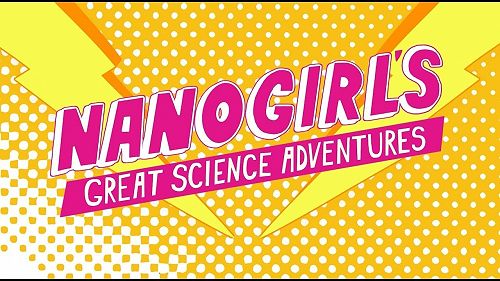 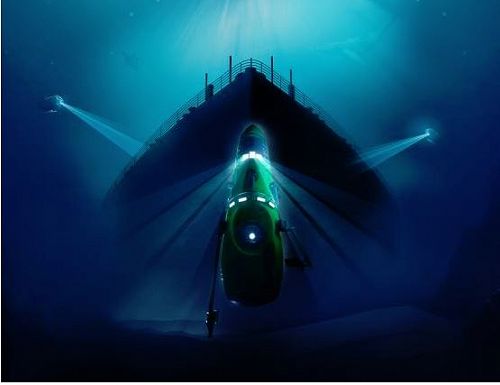 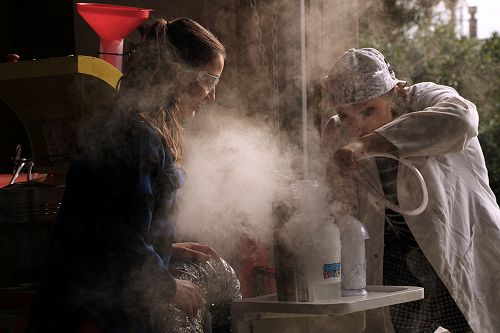